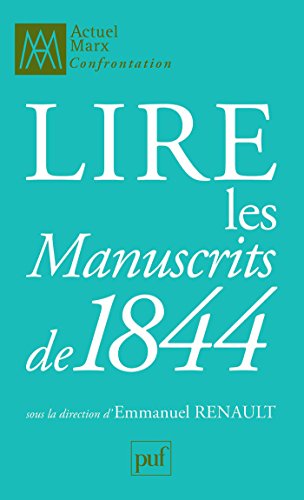 
Dirz soldiers tend to have better attack stats with the possibility of boosting their abilities with their Mutagen. Their Magicians focus on Darkness spells. Wolfen who have separated from the rest of their race after Vile-Tis showed them the moon goddess Yllia had only contempt for her children. Focusing on their natural ferocity, The Beast twisted the Devourers from noble hunters into depraved killers.

Devourers have high Movement, Resilience, and Defense with above average Strength making very dangerous and hard to kill. A tribe of human barbarians dwell within the heart of a dark forest. They have rebelled against the gods and revel in killing and carnage. Their dark rites and cannibalism have led them to make pacts with the fearsome Formor demons and their Faithful can control dead warriors. Their Magicians focus on Elemental and Darkness spells.

Confrontation can be played with the basic rules alone, but there are several supplements available. These describe optional rules and multiply the tactical options allowed. All are packed free in the appropriate blisters, just like the basic rules. Incantation introduces powerful Wizards to the game. In this supplement a new characteristic appears: Mental Strength. Mental Strength is the essential element used to call upon the power of Magic. Wizards can use that power to change the course of battle: project fire balls, raise the dead and even invoke powerful spirits.

Every blister that contains a Wizard includes a free Incantation Rules Booklet as well as cards that describe magic items and special spells particular to each. A small plate of counters representing 'Mana', the very essence of Magic, is also included.

Incarnation allows players to individualize their game characters. Special 'Adventurer' figures are furnished with the Incarnation Rules Booklet which details how they progress in experience. The character acquires power, fame, new abilities and magic objects as he accomplishes quests. Two new types of cards are packed in the Adventurer blisters: Scenarios and Experience Cards. Each Adventurer is furnished with a scenario specially written for him. Scenarios card packs are also available separately. Many scenarios based on the official characters of the range are available free on the Confrontation web site in French.

Divination addresses the gods themselves and their servants, the faithful Priests that represent them on the battlefields. The magic of the Priests is powerful but variable, for it depends on the vagaries of the fickle gods. It also tends to be more defensive in nature than Wizards' magic. The blisters of the Priests figures are packaged with the Divination Rules Booklet and several 'Miracle' cards to call upon the aid of the divine powers.

The 'Litanies' card packs group together additional miracle cards. Fortification adds in war machines such as cannon, ballista, and chariots. Some of the existing figures, such as the Dwarf Steam Cannon are reclassified to war machines. The third edition of Confrontation was issued as both basic rules, included in miniature blisters, and as a hardback bound advanced rules. The basic rules described combat and movement, but did not explain abilities or magic.

The advanced rules included all rules from the second edition with some refinements in play. One notable aspect of the third edition was its obsolescence of the adventure, spell, and miracle card packs.

The reworked magic rules in the third edition significantly reduced the number of available spells by eliminating the previously released spell books. The book also includes an extensive section covering the changes to the existing model line and associated cards. The unbalancing army cards were removed in this edition.

Also removed was the declarable target number while making attack die rolls. Separate shooting and magic phases were also done away with. Now the round is based on only 4 phases with shooting taking place in the activation and magic being used throughout the round dictated by card text. An on-line only revision was published within a year of the publication of the third edition. Called "Confrontation 3. This update also significantly changed the balance of ranged units by giving them the abilities "Bull's eye" and "Assault fire" and giving units that already had those abilities "cookies" to improve them.

The fourth edition of Confrontation was named "Confrontation: Age of Ragnarok". This edition made major changes to the rules, including changing the game scope from single-model skirmish to small unit battle. As with second edition, Confrontation: Age of Ragnarok has re-issued the game cards to reflect the new rules and statistics. It provides campaign rules that allow players to create small warbands that gain experience and improve as they are fielded in the games.

These personalized warbands can be played in games of Confrontation or Rag'Narok, though they are not sanctioned for official tournaments. In addition, Dogs of War includes expanded terrain rules, rules for Nexi, scenario rules, and rules for very large models, called Titans. Dogs of War is not suitable for earlier editions of the game.

The publication includes two magazines and new reference cards. The larger magazine has general articles on painting and modeling, as well as features on the games, tactics articles, battle reports, and background information on the world of Aarklash. We need to expose the responsibility that the French state has always had in the Euskal Herria conflict. The different sectoral problems have to be resolved through the strategy of constructing Euskal Herria, such as to encourage national solidarity.

The use of all forms of struggle should be encouraged. ETA insists that "we have to undertake sectoral struggles in order the get people involved and attract their attention. We have to organize in every area and look for confrontation.


The French state and its limitations must be exposed. The patriotic left [ izquierda abertzale , i. We have to look for confrontation with the French state in the sectoral struggles. Among the "sectors" which the group identifies to its followers as being especially appropriate for action are those involving "Basque language issues, the precarious social and economic conditions, and the high price of land and speculation in the housing sector. That is why the issue of land and housing should be the main focus. It is virtually impossible to find housing or land to build on at anything like a reasonable price, and it is no easier to find rental properties with a fair price and terms.

The French government's assimilation policies are at the root of this serious social and economic problem. Behind the facade of speculation lies the assimilation of Euskal Herria: The rich are moving into Basque lands. They impose their nationality and their social model on us. A local economy driven by tourism only serves to intensify the submission [of the region] to France.

A population transfer is taking place. The majority is being incessantly transformed into a minority. Next Page: Violence targeted at tourism, real estate. Most of the acts of vandalism, sabotage and street violence reported in the French Basque Country appear precisely to be targeting interests linked to tourism, real estate and the banks that provide these sectors with financing.

The fact that the number of attacks is on the upswing and that they are becoming ever more serious -- in one recent incident, police deactivated a bomb containing 15 kilograms of chlorate -- has alarmed French police officials and led them to assign additional personnel to investigate the series of incidents. According to one of these officials, three different levels of violence can be distinguished among the attacks carried out to date.

The first mainly involves street violence and vandalism. Gangs will, for instance, shatter a plate glass display window of an office, dump gasoline inside and attempt to set it on fire. An incident of this sort occurred on March 21, when an unidentified group broke into an old mill that had been restored as a holiday home by a British citizen, and -- after spray-painting the graffiti "Euskal Herria is not for sale!