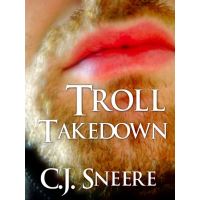 
The Weaver would be the force that inspired man to use these materials in a way that created a hut from this assortment, thus giving them purpose and structure. The Wyrm would eventually cause these materials to decay and eventually fall and thus free up the existence that was the mud hut, where it can be filled again by the Wyld. In the Weaver's attempt to keep its structures from falling part, it inspired things like concrete, plastic, etc which lasted far longer. The Wyrm, now unable to destroy and maintain the balance started instead to cause corruption so you ended up with chemicals that cause cancer, radiation poisoning etc.

One of the many creations of the Wyld was Gaia, a Celestine spirit with Godlike power. She is the earth mother, the source of life and in the game, is generally the name for everything "Good" or "Pure". Gaia is also seen as the earth itself. The corruption from the Wyrm was causing the spirit Gaia pain and from its tears came the werecreatures. Each of these Changing Breeds, or Fera, were created with a role in mind.

Many died off either over time or, more likely, during the War of Rage which was caused by arrogant Garou who slaughtered other shape-shifters they felt were either not doing their jobs well enough or were impure. The War of Rage caused the death of many different races of shape-shifters, to the point that most are forgotten completely and those that survive are thought to be just a legend. Even those that do maintain some form of a relationship like the Corax, do so with trepidation and one eye on an escape route. This was done along side what is known as the Impergium, a genocidal "mass culling" of humans so extensive that even now, humans have an instinctive fear of those involved.

The Kitsuni for instance chose not to participate in this slaughter of humanity and thus do no cause the Delirium that seeing others like the Garou causes. The War of Rage, the infighting of the shape-shifters, is one of the things that saved humanity from extinction, there weren't enough left to completely wipe humans out. Moving from the past and to the present day. The Garou are still fighting to protect Gaia while at the same time their race is dwindling and a rise of corrupted humans Fomori , twisted and corrupted werewolves Black Spiral Dancers , evil spirits Banes and more are trying to destroy the world and wipe out what's left of the changing breeds.

Some of these being have managed to get into situations of power both politically and economically a major corporation by the name of Pentex features heavily in many of the games resource manuals. In short, Gaia is dying and the Garou, aka the players, are fighting a losing battle to save her. Thus the games title Werewolf: The Apocalypse. Each character can be described fairly quickly with their Breed, Auspice, and Tribe, with the latter two roughly equivalent to class and race.

Each of these has their stereotypes, and even characters that deviate from the norms usually stay fairly similar to what you'd expect, though that's partly the fault of the players rather than the writers. Werewolves have a Rank, a character level system alongside Whitewolf's entirely point buy experience system. Rank has a lot of mechanical benefits, and can be used as a way to measure the relative strength of a werewolf in the same manner as the generation statistic of a vampire. Rank is a socially earned, in-character statistic that comes with bunch of mechanical benefits.

You gain reputation in werewolf society through your actions, measured as renown for Glory, Honor, and Wisdom. The requirements for advancement were different depending on your Auspice. So now you have four types of exp to keep track of, just like a Legend of the Five Rings player. Werewolves are, as you're probably aware, easy to hurt with silver weapons, which causes aggravated damage a form of damage that takes longer to heal than normal sources of damage but can still be hurt by regular weapons.

A werewolf won't survive the loss of their head, regardless from a silver sword or a RPG-7 to the noggin'. A starting Werewolf can usually kill just about any other starting character from the other Whitewolf systems. This is why a lot of people who are not familiar with Werewolf tend to see them as over-powered in the beginning, but XP for XP that edge does not last long as every other race of supernatural being finds that Werewolves aren't much of a threat.

Which explains why they hunt in packs and there's not many left.


An elder werewolf in general will not do well against a vampire or mage with the same amount of experience. Archmages can simply make the Garou a normal human with a flick of the wrist. A Methuselah elder vampire can match or beat a werewolf shot-for-shot in terms of damage AND tank all of the werewolf's hits better. That being said despite been literally purpose-built to be fighters Werewolves are one of the few supernaturals that actually die when they are killed vampires go into torpor before death but can still die after this point; demons, banes and kuei-jin just have to seek new vessels; mages can become ghosts and can possess magically-grown clone bodies, etc.

Your browser is out of date

If a werewolf somehow gets Embraced by a vampire , one of three things can happen. If they're lucky or have a strong connection to the spirit world, they get a clean, quick death.

IF not, it means a long, painful, unavoidable death. A werewolf who is really unlucky or is about as spiritually-connected as an atheist is "punished" by turning into a being known as an abomination : an over-powered killing machine that's half vampire, half werewolf, and all edgelord. Perfect for your local powergamer! While the laws and customs of the Garou are ancient and stretch back millennia, they are still observed to this day. The vast majority is for the Philodoxes to learn and interpret, but all Garou are required to know and observe the thirteen core tenets. Naturally, all of them have grey areas for the various factions to bicker over.

These are:. Breed refers to the natural state of a werewolf. Some Garou are 'normally' in human shape, and others not.

Werewolves that are sleeping or unconscious always revert to their breed form unless they have the Merit Metamorph which allows them to retain whatever form they want. Their breed form is the shape they are born in, and are stuck in while they grow up. The five phases of the moon that determines the duty of Garou. This is found on the night of birth and forges a role in their society.

This influences starting rage value, additional starting gifts, and the expected duty that you function in the pack. There is a difference if they're born on the waning past full and moving toward a new moon or waxing moving toward a full moon phases of the moon. Waning cycles tend to be more aggressive while waxing are more relaxed and light hearted. Ragabash The New Moon, The Trickster : The alternative name is more fitting since the position is really to mess with your enemies and sometimes even your allies. Their official duty is to question the decisions and rules they encounter, as all too often human, werewolf, and even spirit society gets gummed up with bad rules perpetuated by those too mindless and or pretentious to admit there is a problem, let alone fix it.

They are also charged with being the teachers, in a "Guess what? Don't depend on that gun of yours so much, someone might steal the bullets! A well played Ragabash always has a point to his pranks, so that those who spend more time thinking about it rather than whining have the opportunity to become better people.


Typical attitudes are questioning and going against the norms, playing devil's advocate and keeping things from going completely stagnant. Still, if you want to play them as the moron who keeps asking "Why? Theurge The Crescent Moon, The Seer : The spiritual leaders of the Garou who often appear to like spending their time with Spirits rather than solid beings. They are the guide to consulting Spirits and keep the Garou in connection with them. Lupus have a better time with the Theurge auspice because they are born with a closer tie to Nature they start with a Gnosis rating almost twice as high as a Metis and five times as high as a Homid.

Pick Lupus or be prepared to spend exp points to upgrade Gnosis. Probably the hardest Auspice to play well, since you will be your pack's 'broker' for dealing with the spirits, and healer They are leaders in "peacetime" I guess this means the times when they aren't fighting the eternal decaying of the world, which is never , but will defer to Ahroun or Galliards for leadership in war which is all the time. Serving as judge and jury, knowledgeable about the Garou laws, they are highly respected.

They also hold some of the most powerful combat gifts, and make devastating warriors when played correctly. Galliard The Gibbous Moon, The Moon Dancer : The warlord choice of the bunch, leading more towards the leader and not the warrior part. They can cheer, fight, and tell stories. Passionate fighters to the point where they feel an intense range of emotions.

Their duty is as morale boosters and can move the pack through actions and words. Their gifts are more fitting as "combat mystic", giving them telepathy, mass mind control, short range teleportation, party-buffs, and other effects best used in combat. They are the keepers of legend and lore, and frequently are the voice of the group, certainly when it comes time to report on how amazing the group is and thus why they should be given renown and rank.

Oh no, there's been an error

A young Ahroun can take on the leading members of other auspices without much trouble. The big problem with Ahrouns is that their lifespan isn't that long due to their killer instinct. Due to their high level of rage, they often are not terribly gifted when it comes to social skills and can often freak normal humans out by just being near them.

They give off a serial-killer vibe. They are the most willing to take on the biggest challenges, lean towards violent solutions, and least willing to back down from a fight.

Crystal Reed is Returning to "Teen Wolf," But NOT as the Same Character

Ahroun Get of Fenris and Red Talons are terrifying to behold and think they are the strongest fighters of the Garou. Unfortunately, they are also the most prone to entering berzerk frenzies, and can paradoxically be the most likely to flee for no reason as one of the options for a Garou trying to control his Rage is to go 'Fox' and flee from stress rather than attack it, useful for dealing with high ranking mother-in-laws.